Given he’s amassed more than 20 albums and countless more EPs, it’s about time.

His story is one we instantly warmed to when the singer songwriter Ralegh Long alerted us in 2012 that John Howard was an inspiration. We investigated and discovered a fascinating individual whose music career now spans five decades. 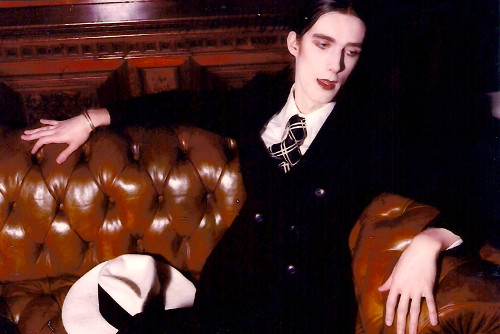 First he was he next big thing major label artist in the 1970s. It didn’t pan out as he hoped and by the end of the decade he hopped to the other side of the music business, working for labels.

Then he re-emerged in 2005 with As I Was Saying, the first in a number of releses on independent labels or by himself, mostly written and produced in his home studio in Spain.

He has also become something of a darling for fellow independent songwriters. This includes Long, as well as Robert Rotifer, Ian Button and Andy Lewis, a trio of arts who formed formed John Howard and the Night Mail in 2015.

There’s a few reasons why musicians and independent music fans have taken to Howard.

First, his music was shunned by Radio One at the time. The likes of DLT and Blackburn didn’t get the tongue in cheek, authentic sounding lyrics of early tracks like Family Man. Being rejected by Radio One has long since earned kudos among independently minded music fans.

Another is his fierce independence as an artist. He writes what he wants, releases it how he wants. ‘Sticking it to the man’ earns more points for Howard.

And then there’s the quality of what he produces. There’s dozens of great songs each year being released and his voice, preserved through years of dropping out from performing, is perfectly preserved. It’s like he’s emerged from cryogenic animation onto the stage once more.

What we have here is a mighty two-disc, 38 song retrospective that takes in the breadth of his career.

What is most striking for fans is the way the compilation has eschewed chronology and mixed his 1970s output with his more modern releases. His 1974 single Goodbye Suzie kicks off proceedings. This is then followed by The Dilemma of the Homosapien from 2005’s As I Was Saying.

There’s surprises too for this listener, with tracks I’d either not heard before or neglected from previous releases. The most interestin of these is Small Town Big Adventures, a 1973 demo that could have sat happily on Scott Walker’s classic Scott 4. How was this not released as a single?

Among his biggest selling recent releases was 2013’s Storeys, and thankfully its stand out single Believe Me, Richard is featured here. A rollicking movie script of a track.

What is left? There’s still quite abit. My personal favourite The Deal from 2012’s You Shall Go The Ball is absent and is one to check out, especially if you want to hear Howard in full Dennis Wilson mode.

There’s his cover EPs too. These take on familiar artists such as Nielsen and Paul McCartney, bit also lesser known songwriters such as Alex Highton.

Yes, there’s a lot here. But its available for just $18 (USD) and besides, there’s lots to feature, despite his hiatus from recording for a decade or two.