Seeing Nick Cave is like going to church. A big posh church, with amazing acoustics and an expensive bar that has a queue reminiscent of Alton Towers in summer.

It is like a slightly worrying revivalist meeting. With a congregation of elderly goths, who once accidentally saw Cave’s earlier band, The Birthday Party, supporting Siousxie and the Banshees in the early 80s.

There are also the Cambridge University students, studying 16th century allegorical poetry at Cambridge university, before selling fries in McDonald’s.

Throw in a mix of excitable young girls, drunk lads, boisterous hecklers and middle-aged men with beards (us) and we have a capacity crowd.

In this particular church the vicar is an ex-heroin user with a great line in suits. He’s come to heal the faithful. He’s here to bare his soul and shoot us in the face with his Antipodean cock.

To his left is long-time collaborator, the grizzled bearded and at times extremely agitated multi-instrumentalist Warren Ellis. At times Ellis looks like a renegade scarecrow from the Worzel Gummidge stories, seated but ready to freak out. 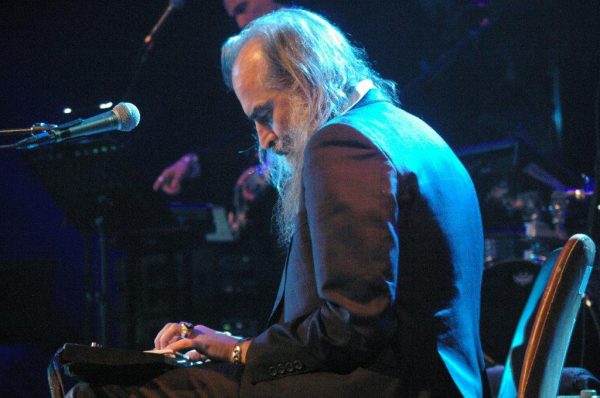 It is a generalisation that most rock stars start their early years full of fire, spunk and brimstone and gradually fade away. Well, the male ones anyway.

Not Nick Cave, though.

He has the uncanny knack of writing and performing the most moving and lushly orchestrated of ballads. Then suddenly he can summon all the devils of hell to propel you back into your seat, with barely time for you to mutter WTF?

This is the second time Neonfiller.com has reviewed Cave live this Autumn, following last month’s showcasing of Carnage, Cave and Ellis’ lockdown album, in Nottingham.

This time around the set is focused on Cave’s extensive back catalogue as well as his latest releases, complete with a band that includes three backing singers, adding a gospel feel to proceedings, a multi-instrumentalist drummer and Ellis on tiny keyboard, flute and violin.

They prove to be totally adept to rock out (Hand of God) or provide faultless restrained backing (Into My Arms).

The set is extensive, going as far back as Henry Lee and God is in the House, like an animated marionette Cave literally acts out his lyrics to great effect. He is so visually captivating it’s hard not to take your eyes off him.

Alternating from grand piano to the mic he rushes between both, performing his heart out. Cave whispers, he screams, and on every song is the haunting sadness of a father who has lost his son, indeed on many songs you think to yourself is that lyric pertaining to his late son?

In an all-encompassing selection of songs he finds time to cover Cosmic Dancer an old T Rex number. It is both reverential and fun.

By the fourth number Carnage you sense a change in gear and there’s no looking back.

The austere venue gets more intimate as the show goes on, one brave chap goes to the front of the stage and raises his hand. Nick comes over. Gently they touch.  It really is like a religious experience. He is Billy Graham  and we are his rock n roll disciples. 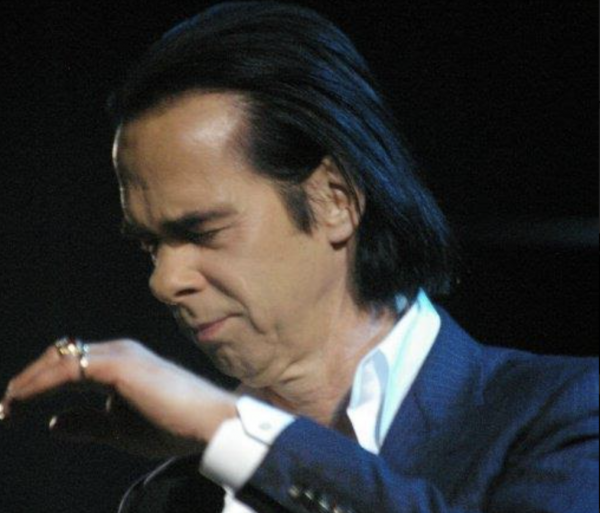 So many highlights, especially on White Elephant, where he shouts, “If you come round here I’ll shoot you in the fucking face” and its climactic choral finish, which garners the first of many ovations tonight.

There follows intense renditions of both I Need You and Waiting For ‘You, moments in which you could hear the proverbial pin drop. The refrain on Balcony Man is sheer unadulterated joy, “this morning was amazing and so are you”. What a beautiful sentiment.

Two lengthy encores and 22 songs later we are as drained as he is. He thanks the faithful profusely.

The path from The Birthday Party to here has been astonishing. From the sonic splatter of a brilliant post punk band to our generations Liberace, with extra swearing and without the candelabra.

What a transformation. What a journey. He proved again tonight that he is without doubt the greatest singer song writer on the planet.