Connection (noun):  the act of joining or being joined to something else, or the part or process that makes this possible.

What do we want from our rock stars these days? Social conscience, social media, sociability?

Have we moved away from danger, expecting our idols to grant us insights into their homes and lives? We’ve been so starved of connection that we seek it in the crumbs that are dispensed online, a cleverly curated set of images here, a fragment of a new song there. But it’s all so sterile, so formulaic.

But something that is tried and tested can be used to develop something new and exciting, and so it proves with this long-rescheduled evening in the company of Fontaines DC.

The band wander onto the stage to the strains of The Pogues’ ‘The Navigator’, and assume their positions. The engine room of the band (bassist Conor Deegan, guitarist Conor Curley and drummer Tom Coll) stay static throughout the gig, it’s down to lead guitarist Carlos O’Connell and singer Grian Chatten to throw those rock-star shapes. 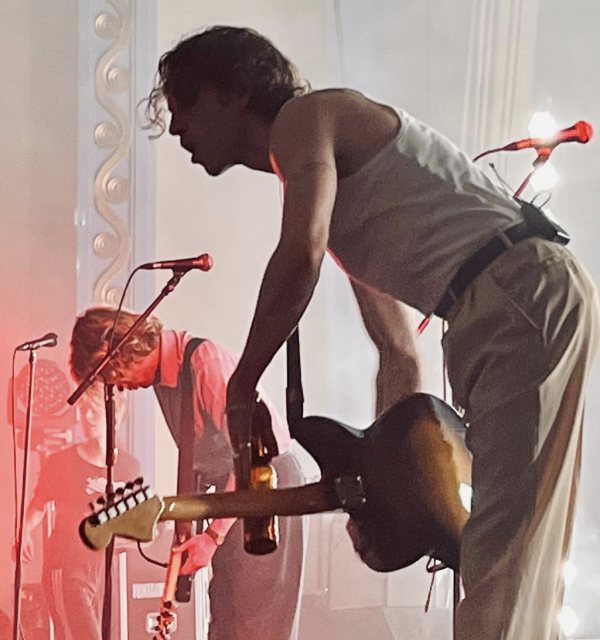 They open with the title track from the second album A Hero’s Death, and the connection is there from the start.

The audience seem as fired up as the band, and there’s a noticeable shift from the band’s early gigs. Those dates showed promise and potential, but they’ve built on those foundations, adding confidence and not a little swagger to the mix.

There’s no arrogance though. Rattling through tracks from both albums its clear they can do anthemic (Sha Sha Sha Big) as easily as poetic and romantic (A Lucid Dream, Hurricane Laughter).

Chatten, clad in a Lou Reed Transformer t-shirt and Adidas trackies combo, is full of nervous energy as he punctuates his lyrics by slamming down his mic stand on stage. He did the same when we last saw the band, at the 2019 Glastonbury Festival.

His is not a diva performance though, he’s simply in complete control. 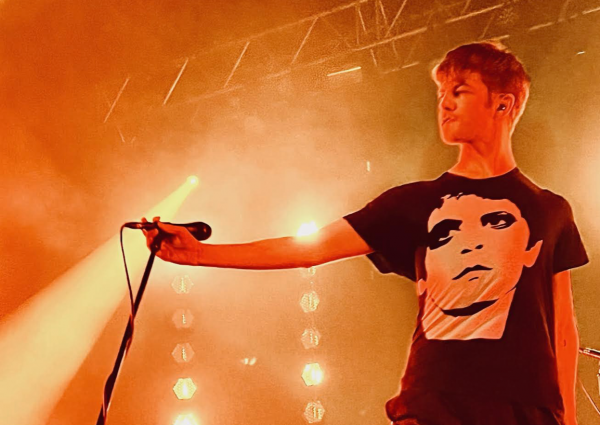 O’Connell and Chatten have been open about their lyrical influences from the start. Bonding over a love of Lorca, Kerouac and Joyce amongst many others, their performance has more than a hint of Beat about it.

Their main set closes with Boys In The Better Land, and then they’re back on to finish with Roy’s Tune and Liberty Belle. Crowd-pleasers all, sure, but there’s more than just catchy tunes here. Tonight, they feel like a band on the precipice of something (presciently) big.

And they still haven’t said a word. None of that between-song schtick, but it doesn’t matter. In the words sung by one of their countrymen, maybe they say it best when they say nothing at all.