Model and actress April Ashley died at the age of 86 late last year.

She was one of the first British people to have had sex reassignment surgery and in turn the first to be ‘outed as transgender’ by a national newspaper. This was back in 1961 by red top rag The Sunday People.

She had quite a life, joining and then given a dishonourable discharge from the Merchant Navy, following a suicide attempt. A move to Paris followed, to forge a drag artist career as ‘Toni April’. Then George Jamieson (her birth name) became April Ashley.

That was just the start. Then followed a career as a fashion model, being photographed by David Bailey. Also, a brief movie career, in The Road to Hong Kong, starring Bob Hope and Bing Crosby. Oh, she also married a Lord.

She was awarded an MBE in 2012 for services to transgender equality and has allegedly had affairs with a number of movie stars.

A life to take your breath away.

Now her friend John Howard has used her incredible story for the inspiration of his fictional character Danielle Du Bois for his latest album, “a chronological narrative of twelve tracks”.

Across this concept album Howard charts Daniel’s relationship with is bullying father and his pursuit of a new life in London, pop stardom and his transition from Daniel to Danielle and more adventures.

Among many highlights is Still Gorgeous, in which Danielle performs in what seems like a smoky nightclub in the 1960s or 1970s. Turns out it’s all Howard, with help from a BBC sound library recording of an audience found by Death in Vegas’s Ian Button, who mastered the album.

“All the vocals on Still Gorgeous are me (I had a great time recording them!); the club audience is from a BBC sound library recording which Ian Button found, and, even better for this particular track, the crowd in the club were a mix of British and French people,”  Howard tells Neonfiller.

He adds: “When I performed at April Ashley’s Knightsbridge restaurant in the mid ’70s I used to share the bill with a drag troupe called The Disappointer Sisters, they were fabulous, very naughty and funny, brilliant routines, and I kind of imagined performing Still Gorgeous with them when I wrote the song. It helped me get ‘into the groove’ when I recorded it as well.” 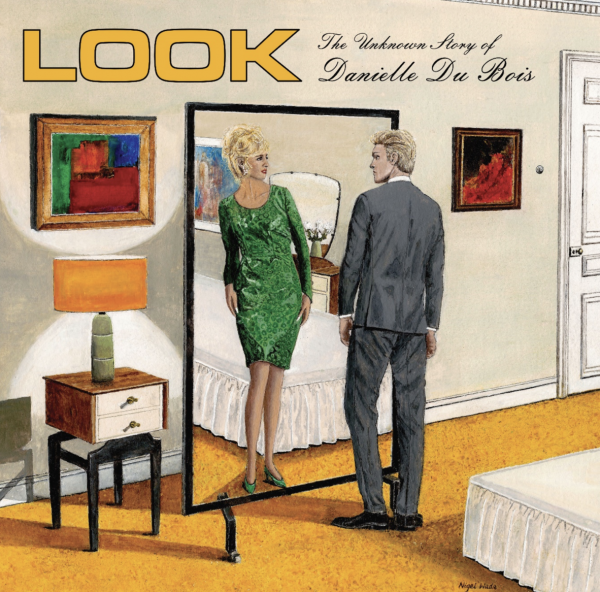 Howard is once again a surprise voice, this time of the young kid singing What Can the Matter Be on opening track Last Night He Woke Up Screaming, which is given a spooky mix in the recording to reflect Daniel’s less than easy upbringing. the young Howard also appears at the end.

Howard explains: “The kid singing the nursery rhyme on Last Night… and the closing track is me aged 5, Christmas ’58, recorded on my parents’ new Phillips Tape recorder, which had a fab ’50s sci-fi fluorescent green light in a plastic bubble which expanded and contracted depending on how loud you sang. I remember thinking how cool it looked.”

Among other highlights is Where Did The Boy Go, a tender pop track that finds the right blend between jaunty and melancholy.

Sticks and Stones is another. Sad and thoughtful as we appear to catch Danielle alone, looking back on her life so far and “the stones that are thrown at you each day”.

As a complete album, this is one of Howard’s most satisfying. That right blend between jaunty and melancholy on Where Did The Boy Go is achieved across the collection.

It also gives the listener the opportunity to find out more about the incredible life of April Ashley.