Details of the Glastonbury Festival 2022 Emerging Talent Competition have been announced.

The annual event is run alongside the famous Somerset based festival and gives acts the chance to compete for a slot on one of the main stages.

Entry takes place via the Glastonbury Festival website for one week only, from 9am Monday 31 January to 5pm Monday 7 February.

To enter acts need to supply a link to one original song via Soundcloud, plus a link to a video of themselves performing live. This can even be a video recorded in a bedroom and doesn’t need to be at a venue.

Neonfiller’s Joe Lepper is once again involved in the judging, as one of 30 music writers who help compile a long list of 90 acts.

This longlist is then whittled down further to an eight-strong shortlist by judges, including Glastonbury organisers Michael and Emily Eavis. The shortlisted acts then perform at a live final in Pilton, which is near to the festival site, to decide the winning act.

Glastonbury Festival 2022 is the  first year the event is to take place post-Covid pandemic, after the events in 2020 and 2021 had to be cancelled. This meant that the winner of the 2020 competition, hip-hop an RnB artist R.A.E, could not perform at the time.

Organisers have announced she will also be handed a main stage slot this year as part of her prize. 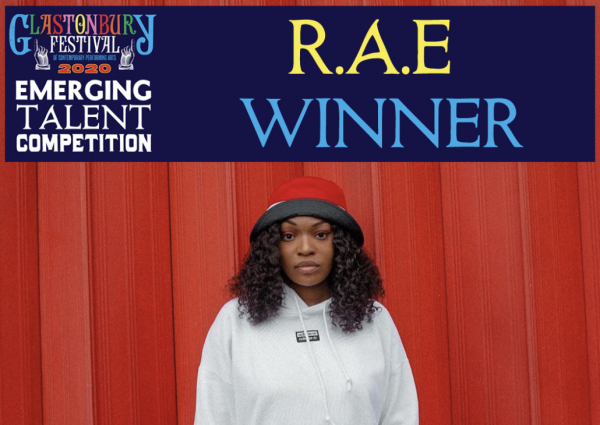 Other recent winners have included She Drew The Gun, who won in 2016. Meanwhile, Declan McKenna won when he was a teenager in 2015.

“We’re so happy to announce the return of the Emerging Talent Competition, which is always one of the first big markers that another Glastonbury is on its way,” said Emily Eavis.

“The competition has helped us unearth so much amazing music over the years and I’m really excited to hear this year’s crop of entries.”

Previous acts Neonfiller’s Joe has longlisted include Brighton band Roma Palace,  one of the eight shortlisted acts to perform at the 2019 finals. Another act longlisted by Joe was Nadine Shah, in 2013, who has since gone on to achieve global success.

“After a long hiatus, PRS for Music is pleased to see the return of Glastonbury Festival and its Emerging Talent Competition,” said PRS for Music chief executive Andrea Czapary Martin.

“This fantastic initiative shines a light on promising upcoming talent and gives them an opportunity to perform at one of the world’s greatest festivals.”