Glastonbury Festival 2022 for many will be remembered as the one that returned after a Covid enforced two-year break.

It will be one with good weather and where the 50th anniversary of the event was celebrated.

But it will also be the one where Paul McCartney defiantly sought to prove Alan Partridge right, during his Saturday night Pyramid stage headlining slot. Perhaps Wings truly were the band The Beatles could have been. 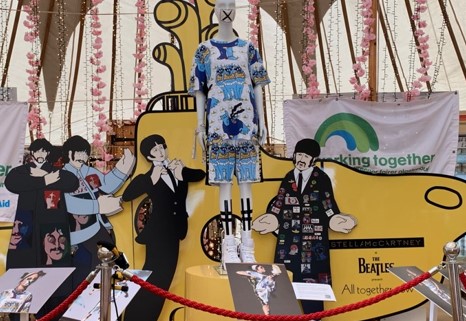 Macca’s inclusion of a raft of tracks from Wings’ 1970s heyday, along with some marvellous solo songs over the last fifty or so years, such as the beautiful Here Today, in tribute to John Lennon, from 1982’s Tug of War, confused some of the vast crowd on Saturday, who were perhaps focused more on the inevitable Hey Jude singalong.

But such is the sheer vastness and high quality of a back catalogue that spans seven decades, the former Beatle won them over with new tracks to many. This also included Let Me Roll It, from 1973’s Band on the Run, which descended into a jam of Hendrix’s Foxy Lady and the lovely mandolin track Dance Tonight, from 2007’s Memory Almost Full.

There was plenty of Beatles’ favourites too, from Let it Be and the long awaited Hey Jude, at the end, to opener Can’t Buy Me Love. To be fair he could have picked any 20 or so from the hundreds at his disposal. 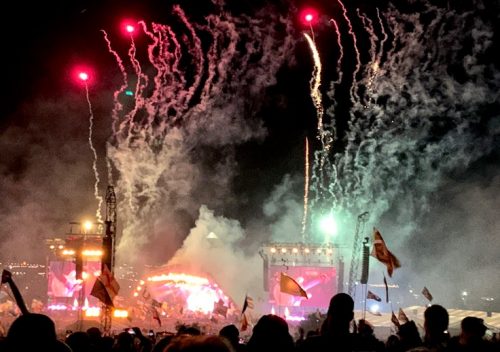 Live and Let Die’s lightshow display was an incredible spectacle, complete with flames and fireworks. And then he sung a duet with the late Lennon, thanks to some vocal trickery from Get Back director Peter Jackson.

McCartney made note that the phones in the crowd start lighting up whenever a Beatles track appears “like a galaxy of stars” then it becomes “a black hole” for newer songs. “But we don’t care, we’ll do them anyway,” he said.

And after this incredible two-and-a-half-hour set, that also featured appearances from Dave Grohl and Bruce Springsteen, it dawned on many of us that this guy is 80 years old, has barely broken sweat, and is as relevant now as he was as when he was first asked to wear a suit by Mr Epstein sixty years ago.

Aside from Macca and the great return of Glastonbury there were plenty more memories gathered.

As a longlist judge for the events Emerging Talent competition, I like to focus on some of the finalists and winners from this competition. 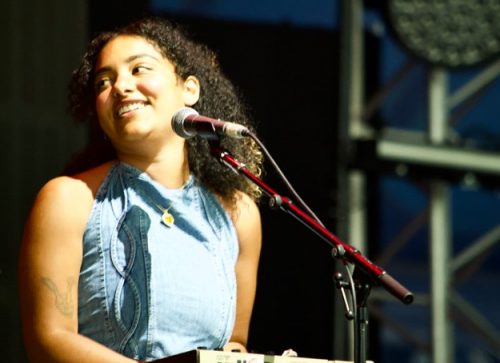 English Teacher were one of two runners up at the Glastonbury Festival 2022 competition finals and attracted the attention of the John Peel Stage bookers as a result.

They opened Friday’s proceedings with a set that the compare believed to be one of the best opening sets at the iconic stage ever. With tracks such as RnB they looked like they were born to play there.

The only time the mask slipped and the little local band from Leeds was revealed was when singer Lily Fontaine slipped in a mention of Glastonbury into the lyrics and burst into tears. The realisation that they were playing at the festival became too much, perhaps. She soon composed herself and was back at it. 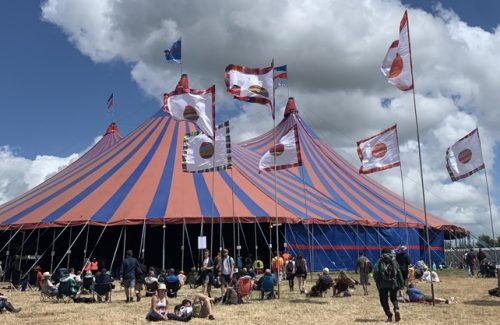 Meanwhile, Declan McKenna on the Other Stage on Sunday showed just how far Emerging Talent acts can go. He won the event in 2015, just before he took his GCSEs. Those of us who saw the teen Declan play his track Brazil at the Pilton Men’s Working Club live finals knew he was hugely talented. With a major label deal he’s now firmly main stage material with an assured confident set, complete with injury inducing stage dive from he now 20 something star.

At festivals there are plenty of clashes and with a site so vast, some acts are impossible to get to. But there are other times when the acts on one stage are so good for hours on end its best to just stay put. 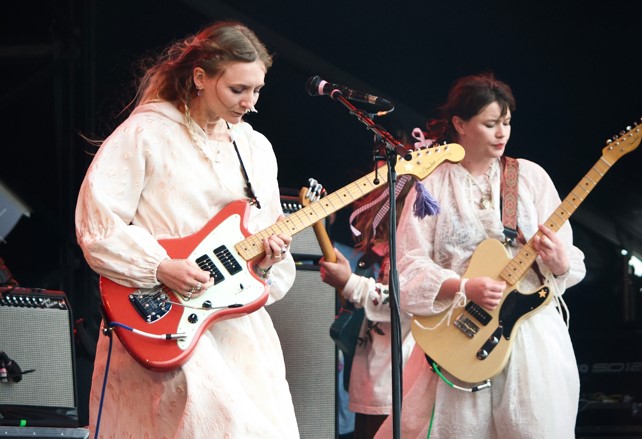 This happened for me on the Friday afternoon after popping up to the Park stage in good time to see Wet Leg’s blistering set. Their popular hit Chaise Longue meant the crowd was naturally far too big for the Park. Complete in Edwardian dresses they showed they are no one hit wonders.

‘Trapped’ by the big crowd I decided to stay put and let the wealth of great acts wash over me. 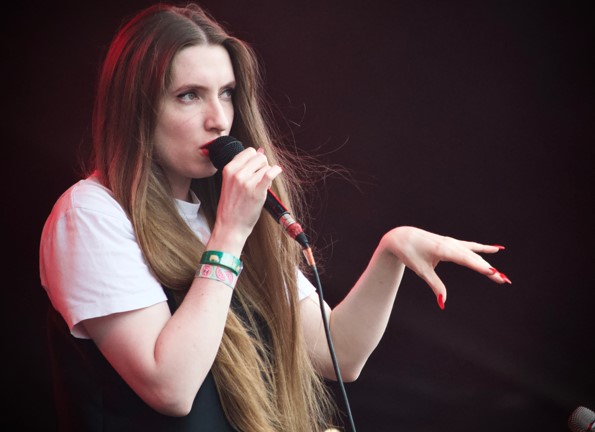 But Shaw couldn’t keep a straight face too long in front of this happy crowd and was full of very un-trademark smiles in between songs.

Arlo Parks was another, like Wet Leg, that arguably could have been more suited to a larger venue. I didn’t mind though as the Mercury Prize winner was enthralling surrounded by sunflowers on stage and amid the crowd. 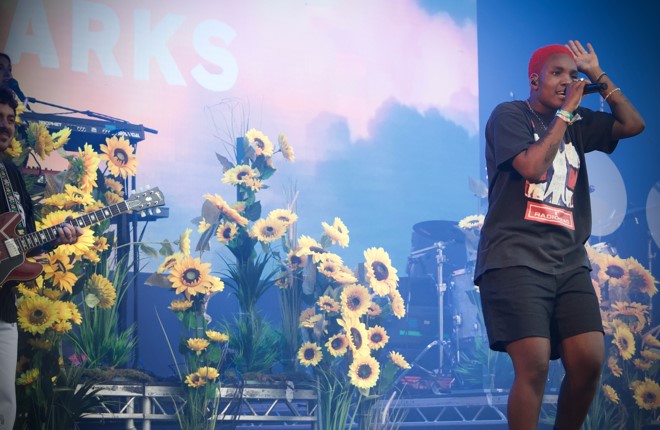 Then St Etienne proved they are still one of the best pop acts around, belting out hits such as Only Love Can Break Your Heart, Who Do You Think You Are, Nothing Can Stop Us and He’s on the Phone. Cracking stuff from Cracknell and co. 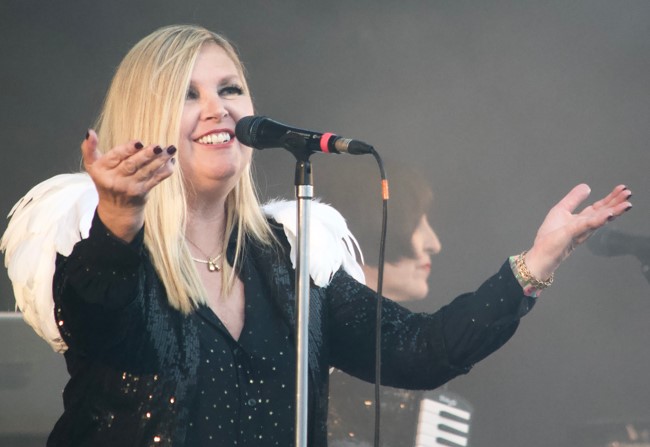 Khruangbin were next in this run. I’d heard a lot about this band live and enjoy there laid back blend of Americana and disco on record. Live they are so much more with segments of pop over the decades, including the Shadows iconic Apache, blending into their set seamlessly. Leon Bridges appearance for Chocolate Hills and Texas Sun was among many highlights from their highly organised show of pop chaos. 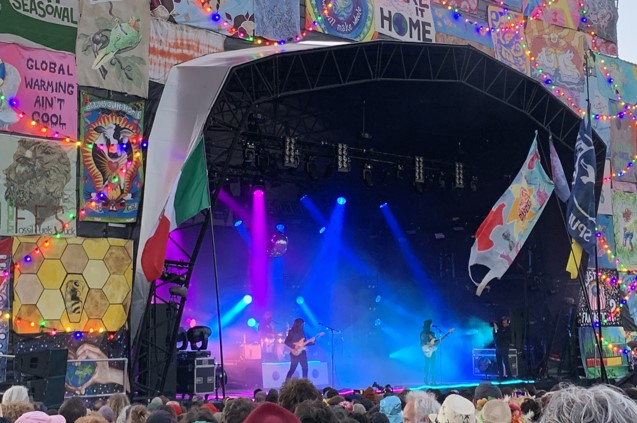 The Park was undoubtedly my most visited venue this time around, with Saturday’s run including great big shouty pop from Brighton’s Squid. 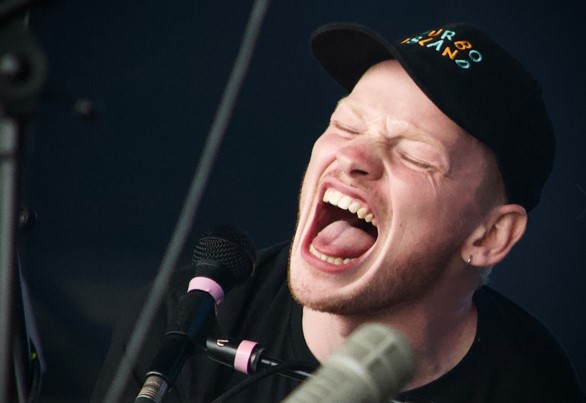 This was followed by Americana joy from Big Thief, another treat at this ribbon towered part of the festival site. 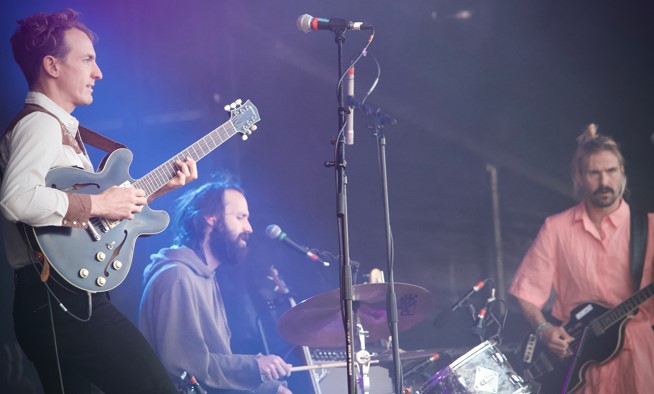 Elsewhere, at Glastonbury Festival 2022 Katherine Priddy, from Birmingham and Laura Viers, from Portland, Oregon, provided a back-to-back segment at the Acoustic stage on Saturday showcasing the power of folk and some great vocals. 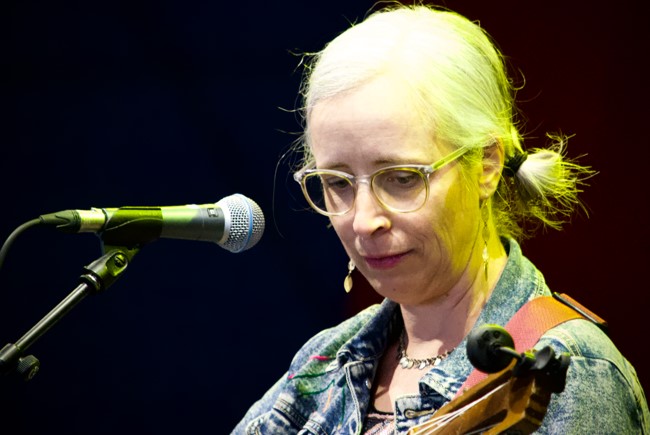 While walking into site on this day (I’m lucky enough to live near enough to go in each day and sleep in a proper bed) I remarked how I always miss the comedy line up. 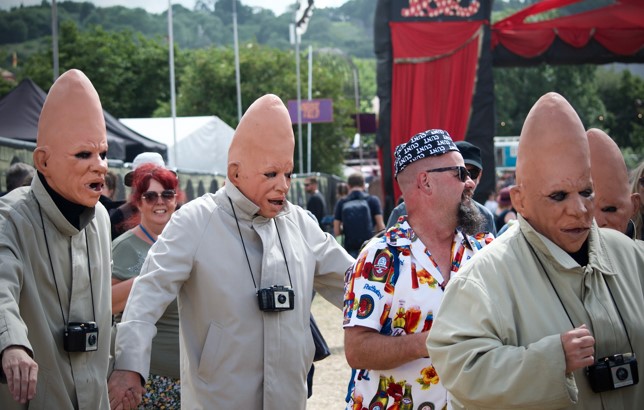 I decided to rectify that at Glastonbury Festival 2022 with a visit to the Cabaret tent. Nina Conti’s at times foul mouthed. and at all times ingenious. ventriloquism was a real treat, especially turning members of the audience into her dummies, with the aid of latex masks. 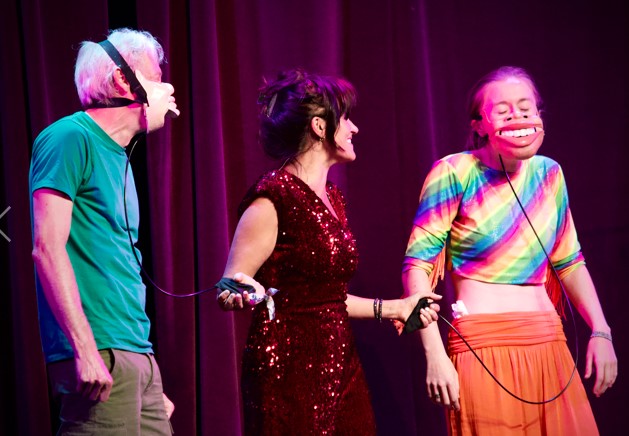 Then Nish Kumar delivered a trademark incendiary routine, rightly full of anger at the incompetence of the government and Boris Johnson. It’s what we all need at the moment. John Bishop followed to introduce Laura Lexx, who has been supporting him on tour. This is a tent I’ll make sure I go to in the future and won’t miss out anymore. 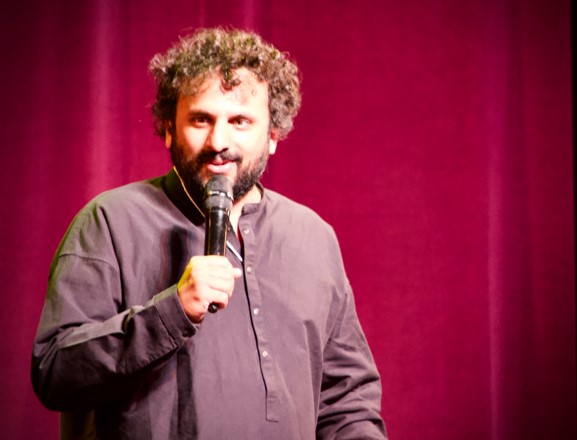 Secret sets are another regular treat that festival goers had been missing out on for the last couple of years.

George Ezra’s surprise appearance at the John Peel tent for Glastonbury Festival 2022 showed how engaging he is. Last time I saw him was at the tiny BBC Introducing stage a decade ago, after being nominated by BBC Bristol. To put it mildly, he’s done ever so well.

Meanwhile, Jack White turned up at the Park, for a Wet Leg sized Glastonbury Festival 2022 crowd. What a treat blending new and old bangers, such as Taking Me Back from this year’s Fear of the Dawn to Dead Leaves and Dirty Ground from his White Stripes days.

The ones that got away from me include Self Esteem’s John Peel gig, the original Sugababes, who were apparently excellent on the Avalon stage on Friday, and Gabriels, another to create a buzz. 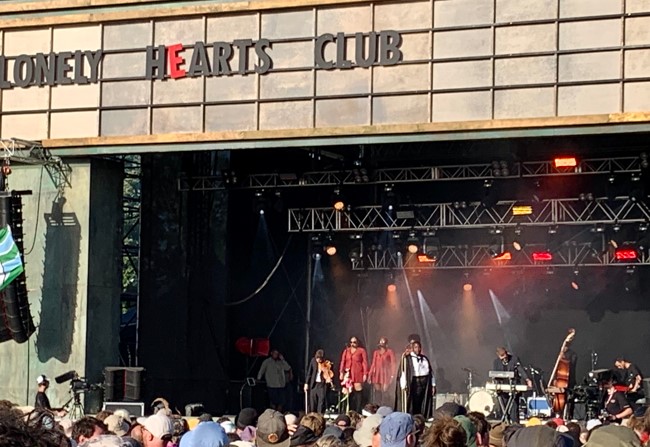 Or so I thought. I was wandering with my son, back to the bus to our Somerset home, when I heard this lovely soulful  gospel music and a cloaked singer telling the crowd to love each other from the tiny Lonely Hearts Club stage in the Silver Hayes area. It turns out I hadn’t missed Gabriels at all as I got to see their final few tracks to see me off as the sun set on the festival.

So many great memories but for me this will definitely be the event where Wings finally got the recognition they deserve.

Thanks for the memories Macca.