Welcome to the Sahara, so said the vocalist in North African band Tinariwen as they opened their fiery End of the Road Festival set on the Friday. Never a truer word, the weather was just like their set scorching. 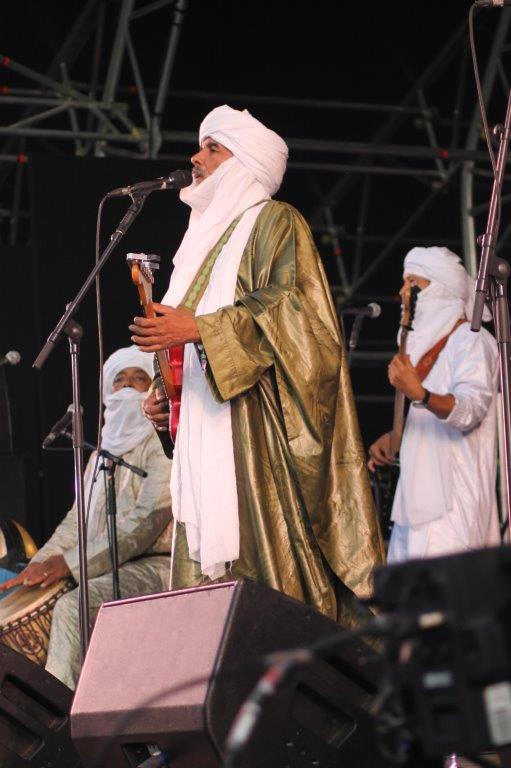 It is now late 2022 and Covid wary festival crowds are finally throwing off the cloak of fear, normality appears to have been resumed.

Of course normality is a slippery stickleback of a concept at a festival, and within two hours of our arrival we witnessed a man with a plastic owl on a stick, a herd of indifferent and haughty peacocks, being introduced to the fourth dimension by two Swedish lads with a special flask in the woods and a band called Keg who reaffirmed my faith is noisy kids with guitars.

Here are a few things in a not very chronological order. The much lauded English Teacher played an engaging and irresistible set. Neonfiller last saw them at the Glastonbury Festival, after they dazzled the judges at the Somerset event’s Emerging Talent Competition last year, where they earned a runner up award and a John Peel Stage slot.

The not very excitingly named High School, over on the Tipi stage, turned out to a great discovery, from Australia. I bet they’re pig sick of lacklustre journos ( myself included) of mentioning The Go Betweens. But it has to be said I did hear echoes of them. Lots of jangly guitars, choruses, yes choruses, oh, and their dextrous bassist propelled them along wonderfully.

Such is the popularity of foliage freaks Snapped Ankles, we couldn’t get anywhere near them, all we saw were vague shadowy tree shapes in the distance.

Not to worry, along came Black Midi and I wasn’t prepared for the sheer ferocity and intensity of their live barrage. In all my years I’ve never heard anything like it, can you imagine King Crimson meets Rage against the Machine being mugged by Rush, and that’s just the first number.

At one point I think they did Purple Haze. I’m not entirely sure. I was up a tree with a peacock drinking vodka at this eye catching Lamer Tree Gardens, Dorset, based festival.

Fleet Foxes were pretty, a bit like Crosby Stills Nash and Young without the Young. I then had an early night. 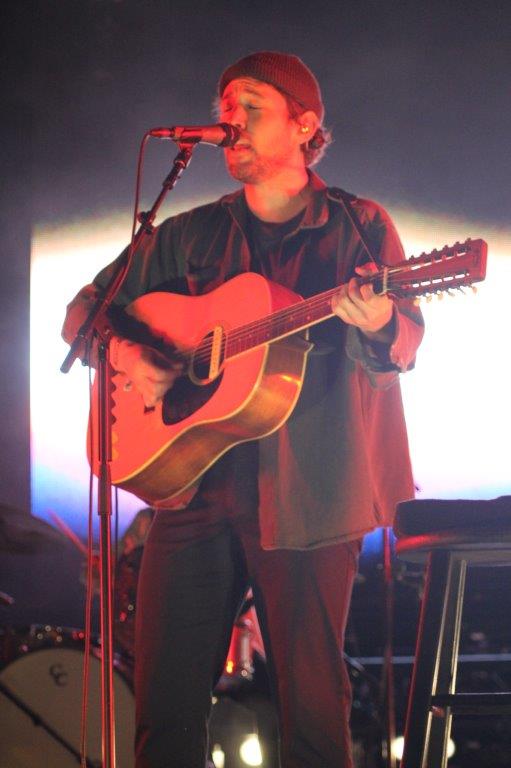 Saturday and still no rain, tea and crumpets for breakfast and we’re off again. The curiously named Warrington Runcorn Newtown Development Plan was weird. One guy on keyboards and a back projection of suitably naff photos of Runcorn bridge and its environs. File under Kraftwerk on a budget.

Weather Station from Canada went on my must discover more post End of the Road Festival list. 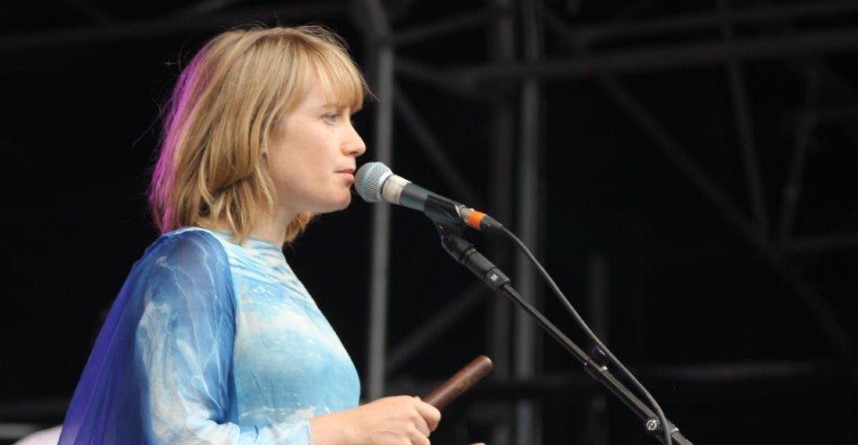 The absolute legend that is P P Arnold graced us with a talk all about her astonishing life as depicted in her harrowing autobiography Soul Survivor, which you simply must read.

Magnetic Fields were riveting, but not enough to stop us rushing over to catch The Pixies. Any fears that they might have lost it were dispelled in that first half hour. Absolutely tremendous stuff and I have no superlatives to describe Monkey Gone to Heaven. 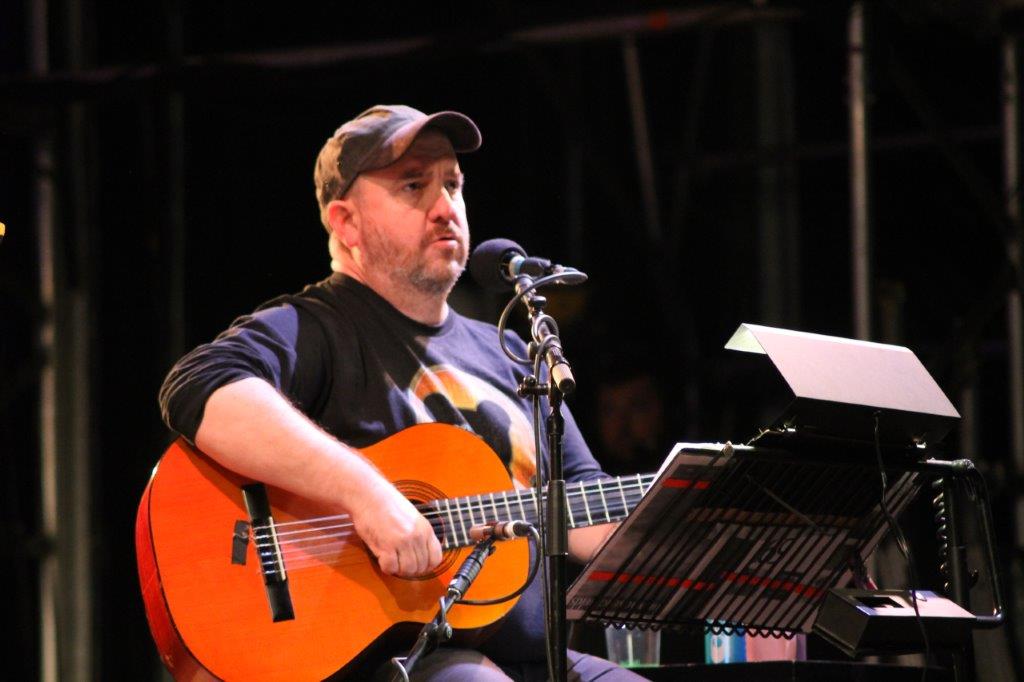 Exhausted and barely managing to function we got up early Sunday to catch the two opening acts. So glad we did because Stephen Durkan and the Acid Commune in only their third gig proved, to be at thought provoking, disturbing and totally original.

They were followed immediately by Deathcrash, a band that quite a few people had recommended to us. They had that quiet loud dynamic down to a tee. Beautifully delivered emotional vocals the a quiet hiatus before BLAM !! Guitars on stun, strobes a go go. I have a new favourite band.

The sheer seemingly endless energy coming off BCUC was amazing. Kurt Vile was so cool. Lucy Dacus too. 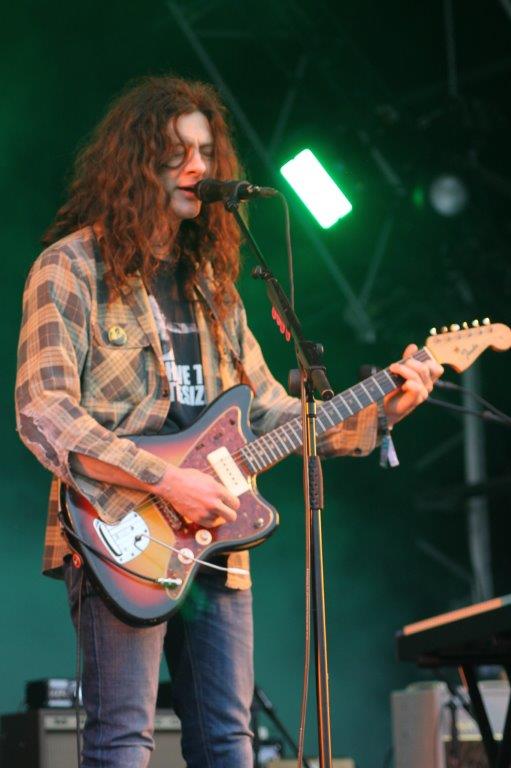 There was so much more as you would expect from one of best UK festies. But we are getting old and have to get back to our sheltered accommodation. Farewell then End of the Road Festival!