We have been releasing this list ten at a time every Friday.  Here’s the first instalment (100-91) We hope you enjoy this second instalment. Also, for  more great albums visit our  Classic Albums section 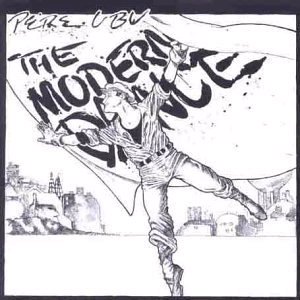 Pere Ubu were one of oddest punk bands to come out of the scene in late 70s America. Lead by the caterwauling vocals of Oliver Hardy lookalike David Thomas they made a noise unlike anyone else. The rhythms were tight, the guitars fierce and the songs absurd and poignant at once. They have released a dozen excellent records through a long career, but their debut is still the best of the bunch. They manage to set a standard for punk, art rock and avant-pop in one fell swoop. From the fierce yet catchy assault of ‘Non-Alignment Pact’ to the more challenging ‘Humor Me’ this is a groundbreaking and fascinating record. 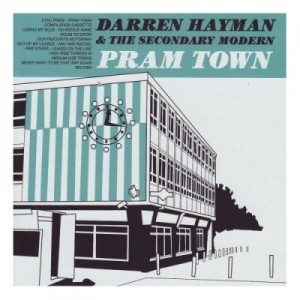 Ex-Hefner frontman Darren Hayman is one of the UK’s best folk artists, although as he points out on his Facebook site “everybody else would say indie”. This first part in a trilogy about Essex, which topped our Albums of 2009  list, focuses on Harlow. The town provides an excellent backdrop for his  stories about love on Essex commuter trains and those living in its sterile new town estates.  The follow up Essex Arms, which focuses on the county’s rural life, is wonderful as well, but as the first in the trilogy this will always have a special place in our hearts. 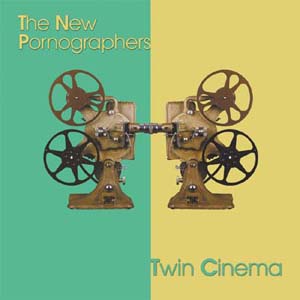 Carl (AC) Newman is the best songwriter you’ve never heard of. With his band, the New Pornographers, he has released a string of power pop classics that have delighted the critics but evaded the public consciousness. Twin Cinema followed two brilliant albums but managed to raise the bar in terms of quality alternative guitar pop. Aided by Neko Case (who is the best guitar pop singer since Debbie Harry), Destroyer’s Dan Bejar (who contributes a downbeat counterpoint to Newman’s sweeter melodies) and an ensemble of superb musicians the quality stays high from start to finish. There isn’t a bad song on the album but the coupling of ‘We Are The Fables’ and ‘Sing Me Spanish Techno’ takes some beating. 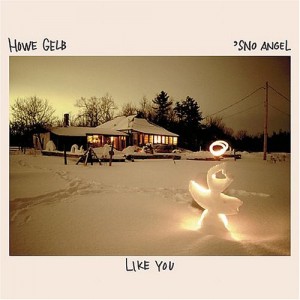 In 2006 Giant Sand frontman Howe Gelb travelled to Canada, teamed up with Arcade Fire drummer  Jeremy Gara and the Voices of Praise gospel choir and made this breathtaking album. Blending gospel with Gelb’s more traditional bar room Arizona tunes was a masterstroke as Voices of Praise’s vocals drift in and out, even taking the listener by surprise at times. Great tunes, great vocals and one of the best mixes of genres in our list. 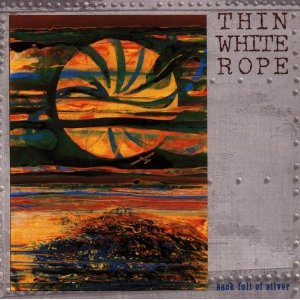 How Thin White Rope didn’t end up being an alternative household name like Nick Cave or The Flaming Lips is one of the mysteries of modern music. Lead by the fierce vocals of Guy Kyser they produced a desert rock sound that fitted with the mood of Green on Red or Giant Sand, but was altogether darker and more psychedelic. Sack Full of Silver, their fourth album, was their most coherent and fully realised set of songs. The album sounds like it was recorded lost on the road in a desert, and the feeling of loss and desperation make it a challenging listen. This is tempered but a beauty to the music and a sense of hope. ‘Triangle’ is the centrepiece of the album and one of the great lost songs of the 1990s, sad, weird and beautiful all at once. 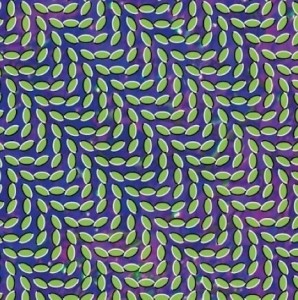 This 2009 album catapulted Animal Collective into the big time, giving their oddball take on electronic music a whole bunch of new fans and  mainstream credibility for the first time. It is a  success  that is well deserved as tracks such as ‘My Girls’ and ‘Summertime Clothes’ emerge as wonderful alternate reality pop hits. Warm and melodic amid the bleeps and swirling loops this album is part Flaming Lips, part Beach Boys, part Ibiza club and is another example of how well genres can be merged. 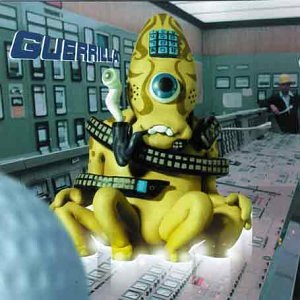 Super Furry Animals came along at the tail end of Britpop but their distinctly Welsh mix of psychedelia, 60s pop and dance music had little in common with their contemporaries. Guerrilla is an eclectic mix of all their influences which manages, against the odds, to sound like a cohesive album. The trio of singles, ‘Do Or Die’, ‘Fire In My Heart’ and (best of all) ‘Northern Lites’ are as good as anything that hit the charts in the late 1990s. The fact that this album has another 10 top quality songs shows how strong a record it is. 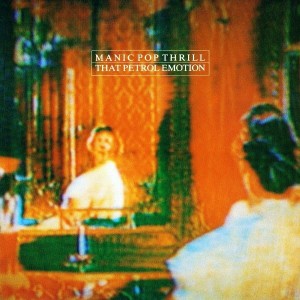 Formed in 1984 and including former Undertones brothers Damien and John O Neil, Northern Ireland’s That Petrol Emotion were one of the most exciting bands to emerge from the UK alternative music scene at the time.  It took a couple of years for this their debut album to be released but it was worth the wait. Pop savvy song writing, matched with inventive guitar playing and lead singer Steve Mack’s energy made this a stunning debut. Highlights include the single ‘It’s a Good Thing’ and centrepiece track ‘Lifeblood’.

82. Beulah – When Your Heartstrings Break 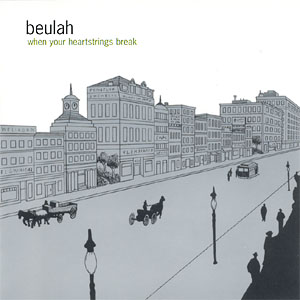 Beulah are part of Elephant 6 collective (read more about that here), but they stand apart from the other bands by demonstrating a talent for simple classic pop. The first song I heard from this their sophomore album was the brilliant ‘Emma Blowgun’s Last Stand’ and I was blown away by what I heard. A slow dreamy intro moves into fuzzy guitars, before a Dexy’s style horn section ties everything together. The rest of the album is just as good and manages to achieve the feat of sounding completely new and classic all at once.

81. Ted Leo and the Pharmacists – Hearts of Oak 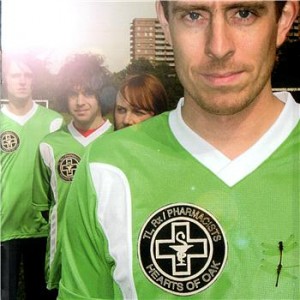 US punk/indie rock outfit Ted Leo and the Pharmacists have released six studio albums since 1999 but Hearts of Oak from 2003 remains  their best, most consistent album. There’s some great singles on this, such as ‘Where Have All The Rude Boys Gone’, but it’s the power and passion of Leo’s writing and vocals as well as the mix of reggae, ska, politics and punk across the  tracks that make this such a stunning listen.