After four years of relentless touring The Wedding Present have returned to the studio to release their eighth  album and first since 2008’s El Rey. These years of touring certainly show on their new album Valentina. Its tracks are tight, punchy and pop savvy; exactly the sort of album a band well versed in how to please an audience would make. Like a well-rehearsed gig its ten tracks whizz by. 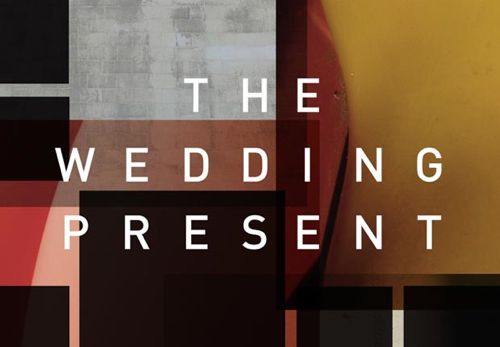 It is also unmistakable Wedding Present, full of the trademark songs of love and occasional loss from David Gedge, the band’s frontman and only remaining member from its original 1985 line up. The band’s recent tour to celebrate the 20th anniversary of Bizarro and rehearsals for this year’s focus on Seamonster’s 20th anniversary have also clearly influenced this album. Its energy is certainly more akin to their earlier indie pop focus rather than their, at times, more downbeat later albums.

But while Gedge has clearly been reminiscing about the old days, this doesn’t sound like a band of old codgers churning out the same old stuff. For a start, the band Gedge has assembled are a young bunch, including the band’s guitarist and co –writer on most of the tracks Graeme Ramsey.  Their enthusiasm shines through, making it sound perversely more like a young band influenced by the 80s, borrowing a bit from Pavement, a bit from The Fall and whole lot from, well, The Wedding Present of the 1980s.

Gedge is more comfortable these days in baggy Cargo trousers than skinny jeans but when I caught their show in Yeovil last summer I was taken aback at how young Gedge looked.  Life in his new hometown of Brighton on the Sussex coast coupled with the band’s continued touring clearly agree with him. 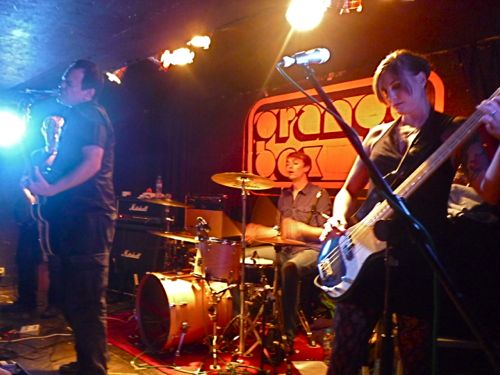 There’s a happiness to the album, much more love than loss in the lyrics, as well as some nods to previous classics. The frantic, chopping guitar intro on You’re Jane is vintage Wedding Present. Back a Bit.. Stop is another highpoint, with typical Gedge  lyrics such as  “every single thing about my so-called life is boring.”

The Girl from the DDR, with female backing vocals in German,  and another high point on the album, Deer Caught in the Headlights, are further examples of this being an album about the joys of love and life.

There are some minor quibbles. The mix by Andrews Scheps, whose past credits include Metallica and Iggy Pop and Johnny Cash, has turned the guitars up a notch or two and toned down other aspects of the band, including one of my highlights from their live show last summer – the backing vocals from bassist Pepe Le Moko on 524 Fidelio. This is still the album’s standout song, but I’d have liked her contribution to be given the same prominence it has live, rather than be drowned out.  In addition, opener You’re Dead starts well but then gets a little lost during its extended outro, which marks the only real bit of flab on the album.

But these are the most minor of quibbles about an album that is far more enjoyable than El Rey, more consistent than Take Fountain and more upbeat than Seamonsters. It is also worth noting that  Scheps has also done a fine job bringing out the best in drummer Charles Layton.