Unlike so many classic American punk and indie rock acts Mission of Burma’s return in 2004 was not about churning out hits of yesteryear on an increasingly tiring indie rock heritage trail. They are perhaps unique among US punk pioneers; still trailblazing new songs, still raw and remarkably still sounding like a bunch of teenagers playing together for the first time. 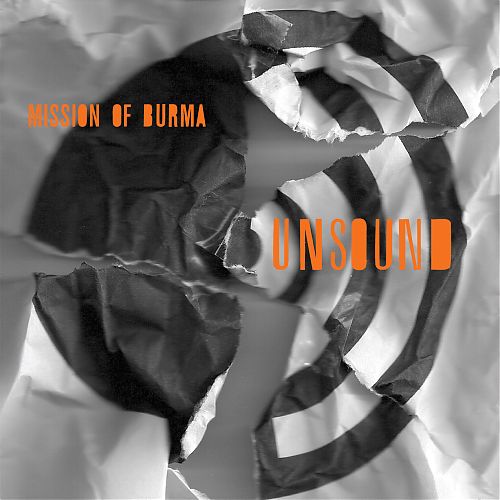 Their renaissance following a 21 year break, when guitarist Roger Miller’s tinnitus forced the band to split in 1983 after just four years together, has been so successful artistically that when people see them now their  old and new tracks  are called out for in equal  measure. That was certainly the case when we caught their show at Pavement’s ATP Festival in 2010.

Among the highlights from this renaissance has been 2006’s album Obliterati, with its Husker Du harmonies, killer bass melodies and even the oddest cover of Donna Summer’s I Feel Love you are ever likely to hear.

While Unsound follows the same path as this excellent example of a veteran band reborn (except for the Donna Summer covers) it still feels different and cutting edge. Play Unsound to a bunch teenage indie kids and they may well picture it being played by skinny jean teenagers rather than a trio of middle aged Boston-ites.

One of the key aspects of Mission of Burma is their desire to push the guitar, bass, drums and vocals template to the limit. The harmonics and wah-wah on second track Semi-Pseudo-Sort-Of-Plan may on paper not sound earth shattering but in this trio’s hands it sounds fresh as a daisy.

This is Hi-Fi is among is among the best on an album that has no duff tracks. Another highlight, Part the sea, has one of the best power chord openings of the year.

As well as the band’s trademark wooshing loops and background noises, including some backwards loops in places, they also add trumpets to the mix on a handful of tracks such as Add in Unison, which sounds like an unlikely blend of Canadian rockers No Means No and a Northern brass band. It was the band’s regular fourth member Bob Weston (of Shellac) who took trumpet duties on Unsound,  in addition to  providing his more usual production and looping work for the band.

On Unsound Mission of Burma continue to excite and challenge the punk and indie rock genres that they helped invent.