Austrian singer songerwriter Clara Luzia finds herself between a rock and a hard place. Her rock is her native Austria, where she won an Amadeus Award in 2008 for best alternative act and sells out 900 capacity venues.

The hard place is the UK and US where, she is set to remain an unknown, as her publicity machine focuses on her native Austria and mainland Europe.

There are a few over here who have taken an interest. Marc Riley has played a track on his BBC 6Music show and we were among a handful of blogs to review her retrospective compilation album The Range last year. 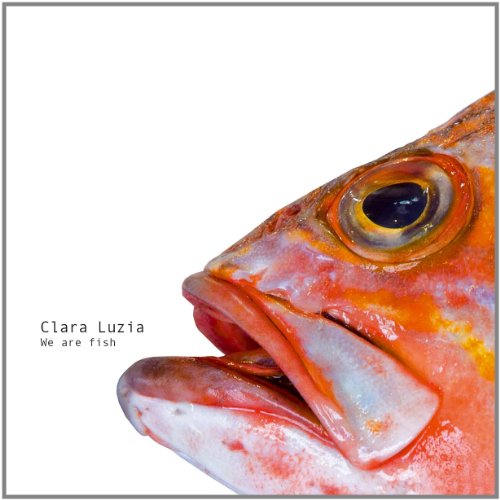 She clearly wants to reach a wider audience and that sense of trying to appeal to a wider range of tastes while appease her home based fans is palpable on We Are Fish, her fifth studio album.

At times indie folk, her music strays into the stadium sized indie rock of say a Joy Formidable at times, while at others her band, with accordion, cello and clarinet sound likes a busking band on the streets of Vienna. It’s not always a comfortable blend but works best when she sticks more rigidly to a tight three minute folk pop song.

Among the less successful moments are the keyboard heavy opener, which breaks out with clarinet and drums coming to the fore towards the end but at 7 minutes is in dire need of some editing. This one will sound great live no doubt but doesn’t have the melody to carry it for a full seven minutes in recorded form.

The title track is also a bit of a mess, starting soft with her engaging vocals but turning into a standard indie rock stadium stomp by the end.

Third track A Presentiment, is a far more successful offering and makes full use of its five minutes because of its superior melody, even if the accordion focused ending does drag a minute or so too long. I’m desperate to avoid random comparisons with European artists, but her vocal similarity to The Cardigan’s Nina Persson especially on this track, is hard to avoid. It’s such a shame that this tender, pop savvy voice, along with some nice build up work from the cellist Heidi Dokalik, is lost during the heavier tracks, in particular Leave The Light On.

Back to the busking band, shorter pop song feel on Light is Faster Than Sound, which comes as a blessed relief to the stadium sized rock that hampers next track Monster In You’s promising start as a pop song. Things go a bit quirky by end track Menace Is My Head, which is an odd mix of bar room funk and distortion.

Compared to her laid back indie folk feel on much of The Range there is too little focus on this album to quite know what she wants to achieve. The harder rock production doesn’t suit her voice either. There’s a sense that compromises have been made and that this is not a true reflection of the sound Luzia is looking to achieve. If she wants a mid afternoon second stage slot at a mainland European festival then she’s perhaps on the money, but the UK may continue to elude her on this evidence.