Chris T-T is perhaps best known as a solo artist and, although this isn’t his first time recording with a band it is his first proper band album. The band in question is The Hoodrats, his regular live combo for several years now, and this band is a pretty seasoned set of musicians. On bass is Johnny Lamb AKA Thirty Pounds of Bone, drums are hit by Ben Murray AKA Danny Kendall and guitar duties are handled by Jen Macro, a musician who has played with loads of artists and is currently part of the My Bloody Valentine touring line-up. 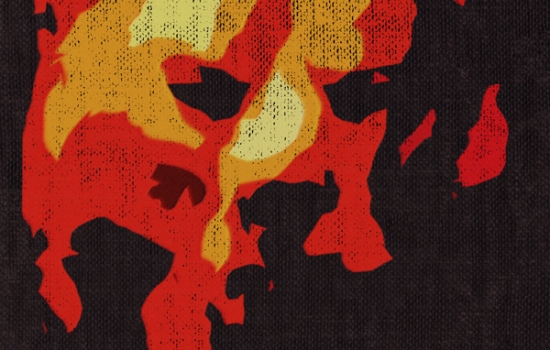 Recording as a band has made a difference and there is a realm sense of musical collectiveness on this album. I have no real insight into how it was recorded but it sounds like a group of people working together in a studio rather than musicians playing Chris T-T’s songs. This is particularly noticeable on raucous lead single ‘The Bear’ and on the analogue electronics of ‘Idris Lung’ where the whole band seems to be driving the vocals.

‘1994’ opens the album is good noisy fashion, if Chris T-T is to be pigeonholed as a folk-rock artist he is certainly leaning towards rock here. It is an excellent start and has the kind of lyrics you need to go back to again to get the full gist of the song (I’m not a fan of dissecting lyrics in reviews, and Chris has helpfully posted lyric videos for every song on YouTube for your pleasure).

‘The Bear’ is even better, fuzz bass and a shout along chorus in, probably, the only song to reference PIL, Lenny Henry and Louis CK among others. ‘A Beaten Drum’ is a decent song but is my least favorite point on the album bringing, as it does, the volume down somewhat. I enjoyed the heavy drums, chunky bass and guitars turned up to, if not 11, maybe 8 and this track lacked impact in comparison.

The benefit of this (slightly) unwelcome change of pace is that it allows the rest of the album to play at whatever pace and volume it fancies and a very varied set of songs unfolds over the remaining 29ish minutes.

My favourite track on the album is actually also the softest track ‘Gulls’ and one of the most touching songs lyrically as well as having some of the nicest arrangements. The vocals in particular are lovely here, some excellent backing from the Hoodrats, and the playing is subtle and affecting.

‘Jesus Christ’ wins the prize for the albums best pop song, with more excellent backing vocals and some lovely horns bringing this stomping song to life and powerful lyrics guaranteeing it will be (even more) unlikley to make the Radio 1 playlist.

This may be The Hoodrats first album but hopefully it won’t be the last as, if The Bear is anything to go by, the band dynamic yields pretty excellent results.