We have to admit the year started badly in terms of album releases.  By March we were struggling to think of more than a couple of excellent album releases let alone begin a shortlist of 20.

Then winter turned to spring and the flood gates opened with  new bands emerging and some old stagers reliving their glory days and in some cases bettering them. We have our first ever classical music entry in an end of year album list, some great new UK folk music and a staggering achievement in song writing by one familiar face in our end of year lists.

We’ve even found room for an album about 1970/80s wrestling by one of the music industry’s funniest and most caustic writers and artists.

In the end its turned out to be a pretty fine year for releases, as two of the biggest names of 1990s alternative music battle it out for our top two places.  Get your bus fare ready, prepare to race down to your local independent record store, and enjoy Neonfiller.com’s Top 20 Albums of 2011.

In a year of public sector cuts, strikes and the Gleision mining tragedy this soundtrack by  Jóhann Jóhannsson to Bill Morrison’s mining documentary of the same name helped it become our first classical music entry in an end of year list. The haunting and powerful music he creates to depict the brutal hardships of the industry and the chaos of the 1984 strike were recorded live at Durham Cathedral, which gives it added gravitas. Read our full review here.

This Texan band’s follow up to its critically acclaimed previous albums The Stage Names and The Stand Ins brings more fire and bite to their sound as frontman Will Sheff took co-production duties. At times cinematic, at others indie rock not one of its 11 tracks are skippable. Among are highlights are opener The Valley and one of its singles Wake Up and Be Fine.  Read our full review here.

18. John Maus – We Must Become The Pitiless Censors Of Ourselves

Former Ariel Pink collaborator John Maus has plunged deep into the murky waters of the early 1980s to deliver one of the most stark, fascinating and strangely enjoyable slices of synth pop you will hear all year. Among our highlights on this, his third album, is the track ‘Cop Killer’. Read our full review here.

17. The Leisure Society  – Into The Murky Water

This second album by The Leisure Society gives us the urge to jump in our Neon Filler branded Morris Minor, dress up in our  Prisoner gear and take a dip in the murky waters of Bognor Regis or Portmerion, stopping off for some fish and chips and a pickled egg. This eccentric, most English of albums was one of the highlights of our summer. Read our full review here.

16. Timber Timbre – Creep on Creepin On

Featuring core multi-instrumentalist members Taylor Kirk, Mika Posen and Simon Trottier this peach of an album by Canada’s Timber Timbre seems to inhabit another universe where 1950’s B-movie soundtracks and dirty rock and roll rule supreme. It’s a strange mix that works thanks to Kirk’s soulfully odd (or should that be oddly soulful) vocals and the added instrumentation of pianist Mathieu Charbonneau and saxophonist Colin Stetson to add to its vintage charm. Read our full review here.

Just like the Mercury nominations we like to feature a new folk act in our end of year round ups. This year’s slot goes to the excellent Jonny Kearney and Lucy Farrell. Nominated for a 2011 BBC Folk horizon award, given to emerging new talent, they have clearly caught the ear of Radio 2’s Mike Harding and his production team. Rachel Unthank and her husband Adrian McNally are also admirers and produced this wonderful debut from the pair  in Northumberland. Read our full review here. 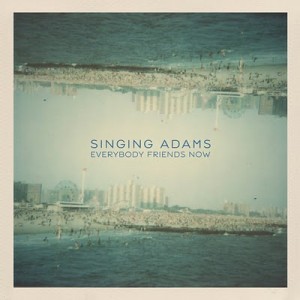 This debut album from former Broken Family Band man Steven Adams’ latest project was one of the best indie-pop releases of the year, mixing Adams’ clever and poignant lyrics with a fine bunch of melodies. His band are a bunch of seasoned indie and alternative musicians and live they are well drilled outfit. We have been so impressed that they topped our Top Ten bands to watch out for in 2012 list. Our highlights on this excellent album include the singles I Need Your Mind and Injured Party. Read our full review here.

With its stripped back feel, punctuated with squealing electric guitars and flutes, Apocalypse can be an unsettling listen at times, but not for too long as Callahan’s luxuriously deep voice has a calming influence and can easily draw you back to normality.  Read our full review here.

There are so many striking aspects to Gloss Drop, the follow up to the crazy, cartoonified thrill ride that was Battles’ last album Mirrored.  The range of singers including Gary Numan, the sense of fun and above all some superb drumming are just some that immediately spring to mind. Read our full review here.

The Palace Guards is the first solo album from  Cracker and Camper Van Beethoven front-man David Lowery. It’s taken a while to come out but  its been worth the wait. This is among the best work from one of alternative music’s most engaging songwriters. Read our full review here.

10. The Miserable Rich – Miss You In The Days

Three albums in and The Miserable Rich are really hitting their stride as one of the UK’s most innovative acts, mixing compelling story telling with chamber pop and most importantly some damn fine tunes. Among the highlights on this their third album is the swirling Ringing the Changes. Read our full review here.

9. Kathryn Calder – Are You My Mother?

This  solo album from New Pornographer Calder has the professionalism and confidence you’d expect from a seasoned performer and her personality shines through lifting it above the norm and adding real charm to proceedings. The album was recorded while looking after her mother who was dying from Lou Gehrig’s disease. This gives the album an underlying sense of melancholy in places that adds an emotional depth few songwriters can manage. Read our full review here.

8. The Mountain Goats – All Eternals Deck

The Mountain Goats frontman John Darnielle’s song writing and survival instincts grow stronger with each release.  With three different producers there’s a surprising consistency as he exposes his hidden demons and offers up  some bittersweet tales of the famous along the way, from Charles Bronson to Judy Garland.  Uplifting stuff.  Read our full review here.

C’mon may just be this year’s great American album, with echoes of Johnny Cash and Gram Parsons throughout. With very precise production from Matt Beckley and the band,  which is fronted by husband and wife Alan Sparhawk and Mimi Parker, they have created an album that is melancholy, epic and just plain beautiful in places. Read our full review here.

An immaculate attention detail in recreating the sounds and production of the 1980s has helped Dan Bejar (aka Destroyer) become the second member of Canadian super group The New Pornographers to enter our Top 20.  Bejar has never sounded better as he takes the role of world weary rock star reminiscing in style. Part New Order, part Prefab Sprout, this is arguably his best album to date.  Read our full review here. 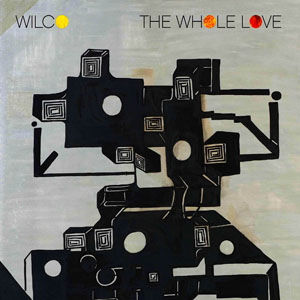 The Whole Love is probably closest in style to previous album Wilco (The Album) but  that little bit better. It also shows  a band at the peak of its powers, playing with confidence, inventiveness and real skill. You get the pop Wilco, the rock Wilco, the experimental Wilco and the soft melodic Wilco, all of which adds up to one of the most satisfying releases of the year. Read our full review here.

The former Auteur and author of the excellent  book Bad Vibes returns from a two year recording break to turn his attention to the world of British wrestling from around 30 years ago. Witty, concise, well executed and completely unlike any other album we’ve heard this year. Haines clearly isn’t quite ready to throw the towel in just yet on his recording career. Read our full review here.

Busy doesn’t even come close to describing  Darren Hayman’s year. He was involved in the  Vostok 5 art exhibition and album about space explorers, released an album of piano ballads  The Ships Piano, plays bass in Rotifer and  is involved in all sorts of Christmas releases for  Fika Recordings. His crowning achievement though for us was to write,  record and release a song a day during January. The end product January Songs, which is available to download and from January 2012 in CD format, contains some of the former Hefner frontman’s best work and offered a  great example of social media interaction between artist and audience, who helped him along the way with lyrics and ideas.  Read our full review here.

Thanks to production from Beck the former Pavement frontman has ditched some of his rock star, guitar squealing cliches to reveal one of  his best albums for years and certainly his best since his Pavement glory days. The finely honed  single The Senator is among our many highlights. Read our full review here.

Narrowly pipping Stephen Malkmus to the top spot is another veteran of the 1990s US alternative music scene, Robert Pollard and his act Boston Spaceships. The album echoes a number of Pollard’s favourite classic acts, the Beatles are in there, but it is The Who that are the most obvious influence on this guitar drenched album. It has the Pollard stamp throughout and you can’t imagine anyone else producing a record quite like this now, or any time in the last 30 years. Read our full review here.