Welcome to our annual celebration of the year’s best independent and alternative albums. Many of our releases are  by artists you may not have heard of. If that’s the case we urge you to read our full reviews, visit their websites and Youtube channels and go and see them live and buy their albums if you like them. There is some great talent out there on independent labels and we are proud to do our bit to help bring them to a wider audience. So sit back, pull up a gig guide, get Youtube on standby and enjoy our favourite independent and alternative releases of the year.

Come take a barefoot run across the Sussex Downs, sandals in hand, kaftan lapping in the wind as we head with Junkboy down to the coast. These are the images that this hidden 2014 gem from brothers Rich and Mik Hanscomb conveys with its echoes of flower-power California and good old fashioned British folk and pop. Read our full review here. 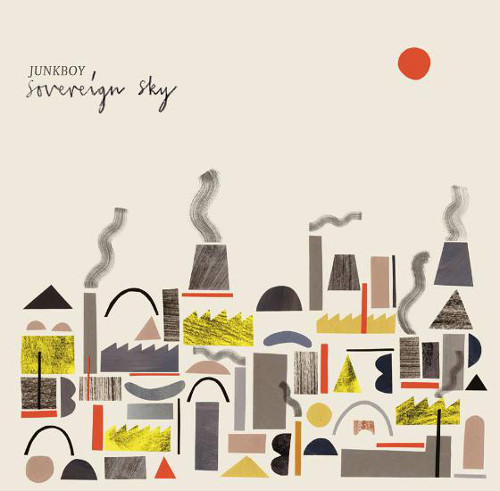 19. Steven Malkmus and the Jicks – Wig Out At Jagbags

One of the most accessible and satisfying releases from the former Pavement man and his band, who has learnt to curtail his fret meandering leanings in recent years. One of the year’s most solid indie rock releases. Read our full review here. 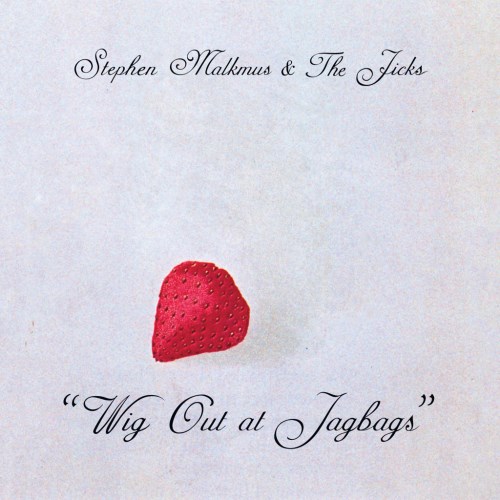 Nestled in Winchester is Mike Gale, one of the UK’s brightest song writing talents.  This third album with his band Co-pilgrim is full of beautiful alt-country, Beach Boys harmonies and Pernice Brothers and Teenage Fanclub indie alternative melodies and is a gem. We think its about time you started to discovering Gale’s wonderful music. Read our full review here. 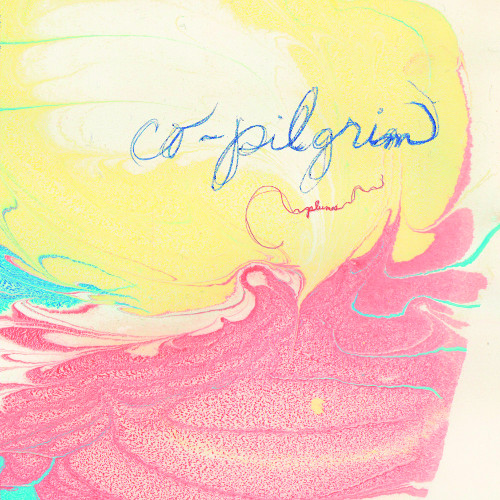 Four years on and California’s Avi Buffalo have finally released an album to match their breakout single What’s It In For. Full of 1960s pop references and sunny West Coast melodies Avi Buffalo, now of Sub Pop, have arrived as a major creative force in independent music. Read our full review here. 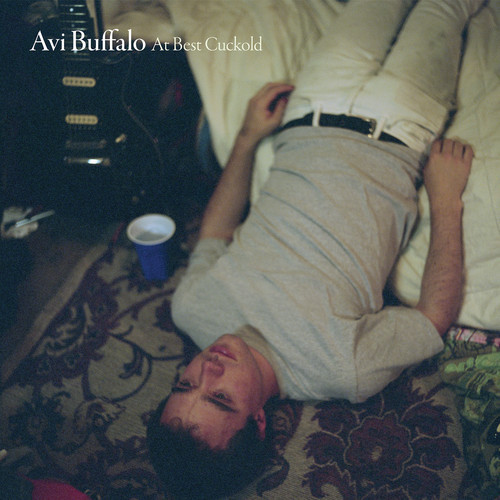 You can’t get more independent than John Howard, the singer songwriter who’s first career in the 1970s with CBS stalled before it began. Now from his home studio in Spain he writes, records, arranges, distributes and promotes each release with fierce independence. Here is a fantastic introduction to his work past and present that re-energised our appreciation of the live album.  Read our full review here. 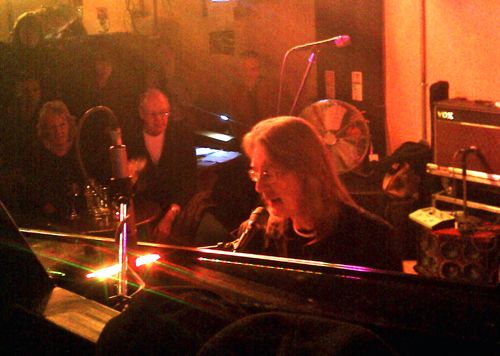 Following a tour with The Mountain Goats’ John Darnielle, who specialises in autobiographical lyricism and story telling, Pallett has taken a more personal approach with this album. Gone is the fantasy imagery to be replaced with his most personal release to date. As you’d expect from a multi-instrumentalist who is equally at home conducting an orchestra or behind a synth the music is beautiful.  Read our full review here. 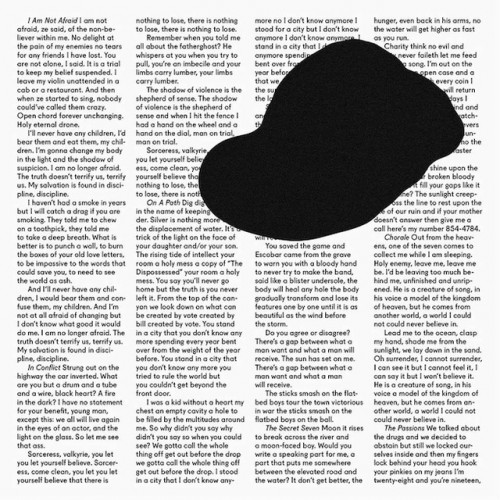 14. New Mendicants – Into the Lime

The New Mendicants are a harmony-pop supergroup of sorts formed in Toronto by Norman Blake (Teenage Fanclub/Jonny), Joe Pernice (Scud Mountain Boys/Pernice Brothers) and drummer Mike Belitsky (The Sadies). It will be no surprise to anyone familiar with the work of any of their bands to hear that Into the Lime is a string of melodic pop gems with beautifully sung vocal harmonies. Read our full review here. 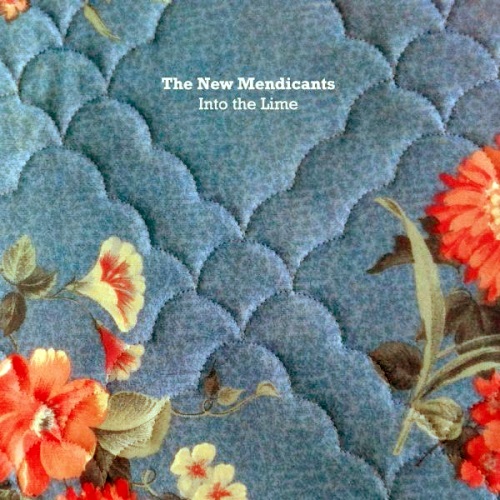 With Jason Narducy on bass and Superchunk and Mountain Goats man Jon Wurster on drums Bob Mould arguably is now in his best ever band. This is the second solo Mould album recorded with the pair and shows a veteran performer re-energised and at the top of his game. If you liked Sugar you will love what Mould is doing right now on this album and last year’s Silver Age. 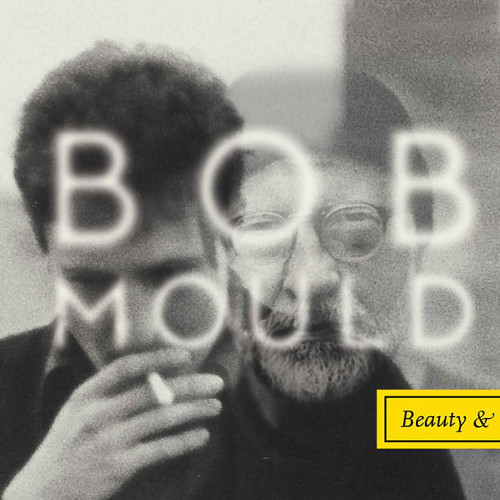 Art rock stalwart St Vincent, aka Manhattan’s Annie Clark, recently revealed that she tries to live ‘at the intersection of accessible and lunatic’. If her latest, eponymously titled, album is anything to go by, this is something she achieves with great success. Read our full review here. 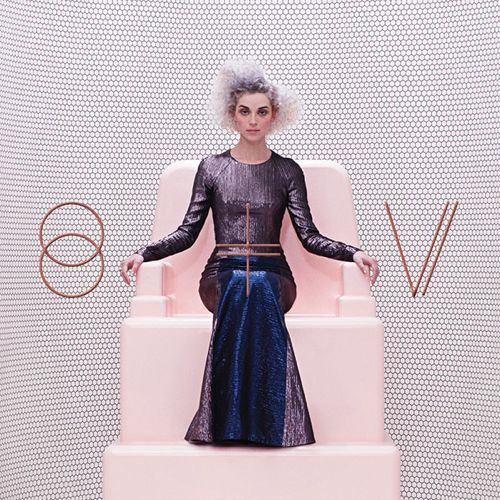 This second album is as stunning as their self titled debut and shows a band progressing well, with guitars and synths powering them through an album full of influences from the 1970s world of progressive rock. As with their debut they have some darn fine tunes too. Read our full review here.

Each year we lose count of how many albums Robert Pollard puts out, either solo or with his legendary band Guided By Voices. For sake of argument let’s say its about 20 albums a year. This was the pick of his 2014’s releases and sadly one of the last releases by GBV, who’s brief reunion ended this year. Read our full review here. 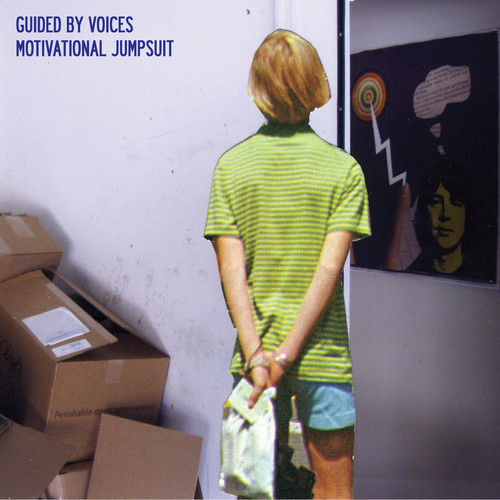 Despite having 20 years experience under their belts this 13th album from the San Francisco punk act manages to give the impression it is a debut by a group of youngsters. Its bold, enthusiastic and packed with a gigantic palette of genres like a band starting out and finding their feet in the world. Read our full review here. 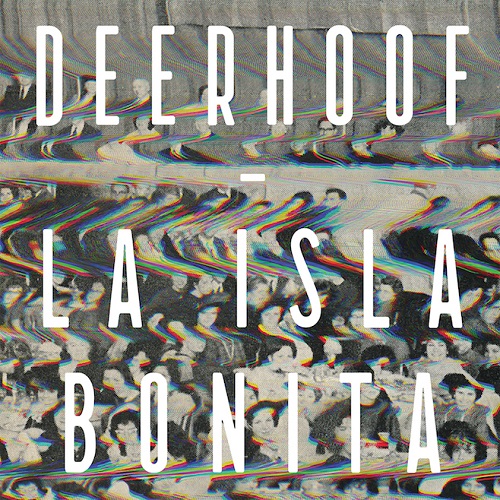 Hailed as a return to form by many reviewers, we say that the Canadian power-pop supergroup never lost their form. It’s another superb release from Carl Newman, Niko Case and co as they continue to pack a punch. Read our full review here. 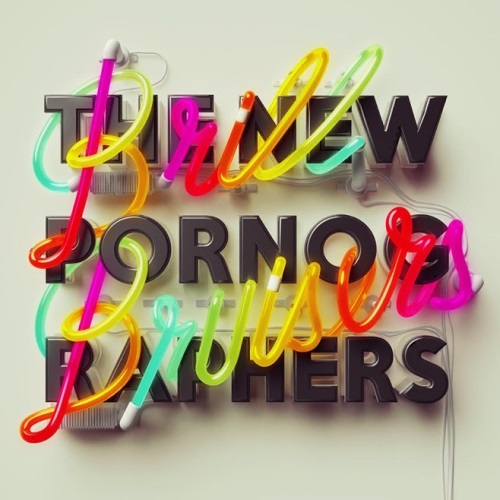 If you have yet to discover the songwriting talents of Scotland’s Dan Willson you’ve been missing out. But there’s still time, just buy this fantastic latest release from the singer songwriter, go see his shows and then discover his back catalogue. One of many jewels on indie label Fortuna Pop’s roster. Read our full review here. 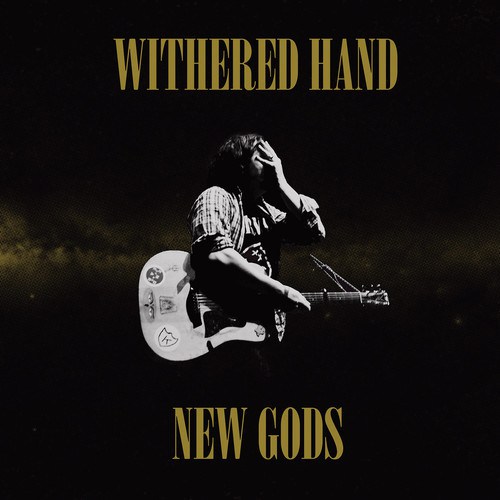 By coincidence with stick with Scottish talent for the next release in our annual run down of the best albums. Listen to the stunning indie rock, pop and synth magic of this album and then join us in wondering why they aren’t one of the UK’s biggest acts around. Read our full review here.

5. Alex Highton – Nobody Knows Anything

Now signed to fledgling UK label Gare Du Nord, Cambridgeshire based singer songwriter Alex Highton has taken his honest folk style to new levels for his second album. One of the most ambitious folk albums you will ever here. Read our full review here. 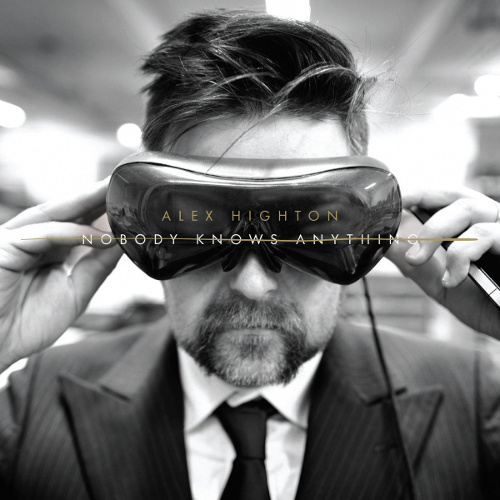 This album from London based trio Happyness  quickly established itself as one of our favourite debuts with its sardonic wit and Pavement indebted take on indie rock. Among highlights are the superb ‘Great Minds Think Alike, All Brains Taste the Same’. Read our full review here. 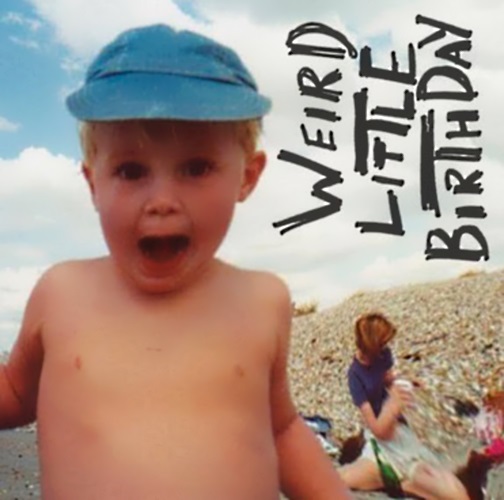 It’s quite an ability to write 11 songs about grief and death and make it one of the year’s most uplifting releases. On each of the songs on Benji, Mark Kozelek, under his Sun Kil Moon moniker,  takes us through some downright horrific tales of loss, but we emerge at the end treasuring life and ultimately happy. Arguably Kozelek’s best album to date. Read our full review here. 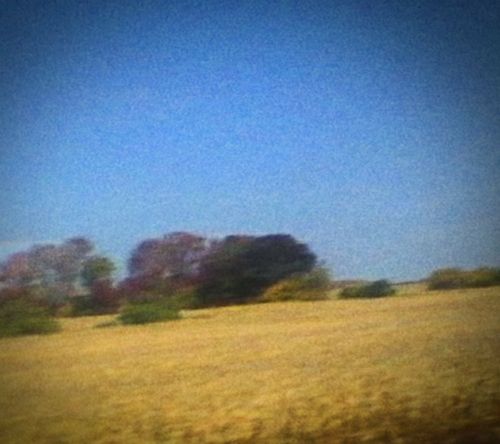 When Robert Pollard chose to bring his Boston Spaceships project to an end (the band that released our favourite album of 2011) the core of the band stayed together and formed Eyelids. Headed up by Chris Slusarenko and John  Moen the band play a classic hook laden rock that evokes Big Star, The Byrds, Teenage Fanclub and Velvet Crush across yet another debut to grace our list. Read our full review here. 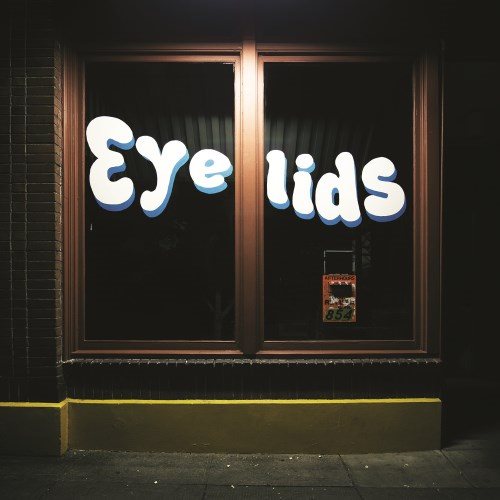 Two years ago the Tigercats topped our end of year list with Isle of Dogs, a perfect collection of songs about urban London life. Here Ian Button, formerly of Death In Vegas, has created the perfect suburban pop album to complement it. Full of the imagery of his native south east London suburbs and packed with musical influences spanning the last forty years this is one of  the most life affirming,  feel good rock and roll albums of recent years. It is also the second on our list to be released on Gare Du Nord, the label that Button is a founder of. Read our full review here. 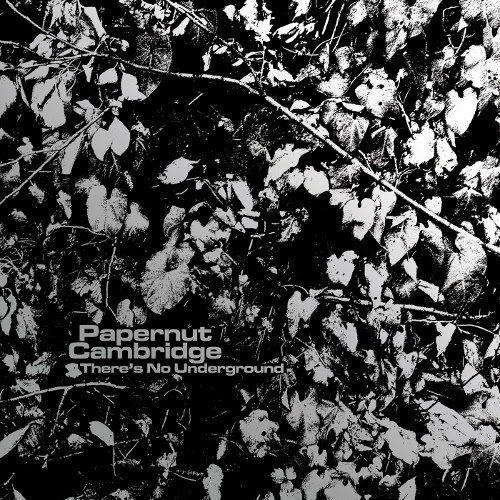